Films that show the World as an endless pentagram

In the image above: Darwin before two species that like to sing. From the documentary “The Origins Of Music”.

Someday a Barcelona based music documentary festival should roll up their sleeves and program a retrospective of films on artists (or some might say, on nut jobs) who bang about on any old junk they find lying around and make music (or some might say: noise). Coming to think of it, here at In-Edit we have already run several documentaries of this ilk. The best by far was, without a doubt, Step Across The Border (Werner Penzel and Nicolas Humbert, 1990): the fabulous tracking of Fred Frith on his sound hunting journeys around the World… or how the sizzling of a fryer on a Japanese food truck can be rhythmically assembled with the sound of a reco-reco in Sao Paulo. Pure musical chaos theory. Pure sound butterfly effect. 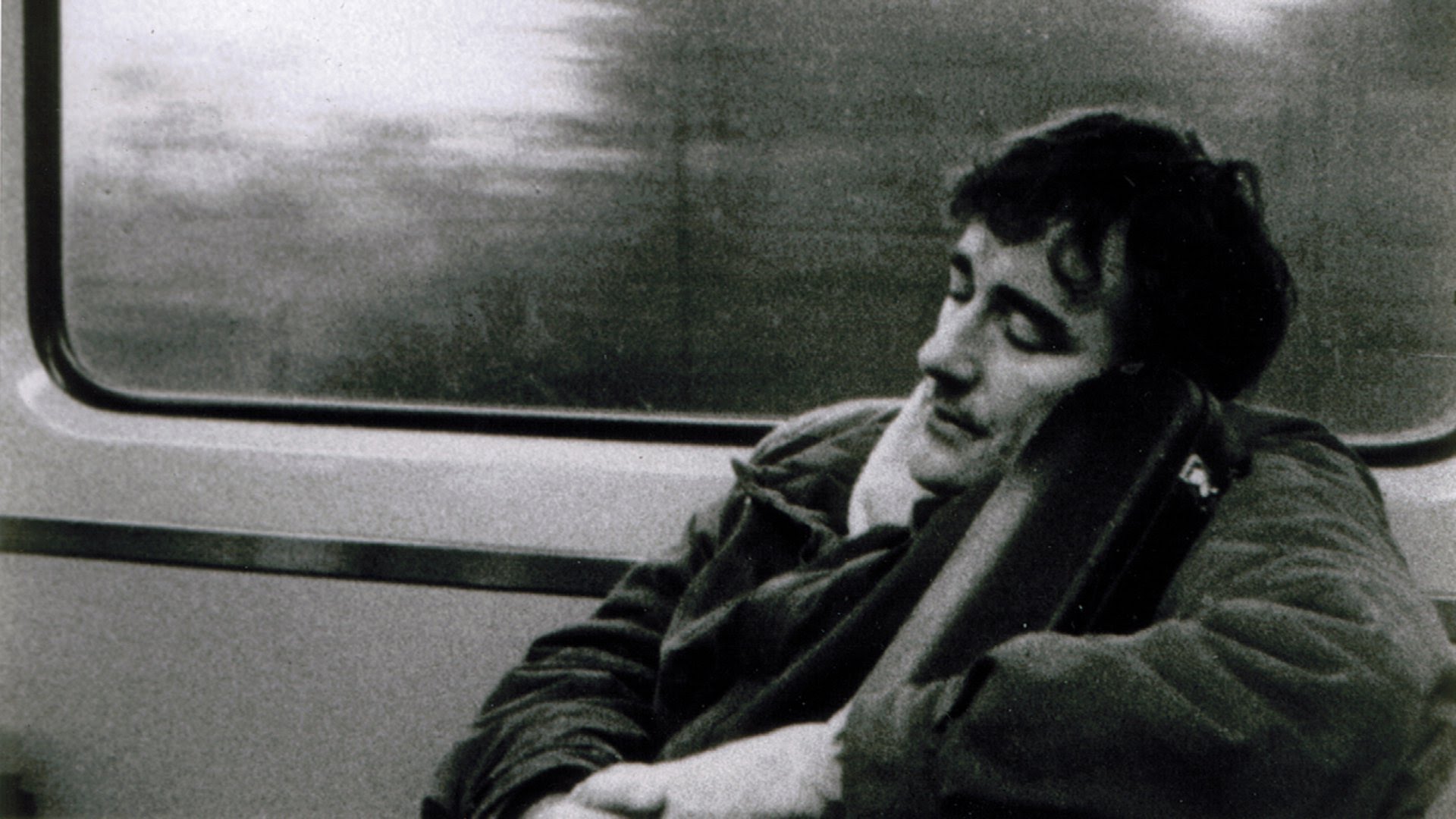 Fred Frith and Co. dream up sounds in “Step Across The Border”.

At In-Edit we’ve also been able to see other equally revealing films on people who hear music where others hear only background noise: Trimpin’: The Sound of Invention (Peter Esmonde, 2009), on Gerhard Trimpin and his skills as a luthier who recycles waste materials and turns them into instruments. Also Unità di Produzione Musicale (Tommaso Perfetti, Elvio Manuzzi and Pietro de Tilla, 2015): an industrial experiment that takes extremely skilled session musicians and transforms them into overall wearing production line workers … Even Helicopter String Quartet (Frank Scheffer, 1995), the audiovisual documentary about that legendary helicopter concert imagined and put into production by Karlheinz Stockhausen. Another matter would be films on musicians who can get what emerges from their instruments to sound like everyday sounds like door bells; buzzers, sirens, humming… but we’ll leave that for another time.

All these films are linked by one thread of reflection: What is our perception of music? Which is our perception of music? What do we consider to be or not to be music? At what point does noise pollution suddenly become something soothing to the ear? If music is the selection, repetition, combination and harmonisation of different sounds, does it matter that they emerge from an instrument or can they come out of anything? Is everything that surrounds us potentially music?

As the answer to any (or all) of these questions is neither clear nor conclusive – it’s not even a single answer – films keep popping up that ask the same questions and uncover visionaries who regard their surroundings as one huge pentagram. Some of them will remain anecdotal (or worse still: become the object of academic stiffness) because not everyone thinks of music and non-music like David Toop.

Even so, in the less well rounded documentaries (the ones that, probably for this same reason, didn’t make the In-Edit programming), one finds oneself meditating upon and surprising oneself with ones’ own musical axioms. Three works such as Sound hunters (BerylKoltz, 2015), No Ideas But In Things – The Composer Alvin Lucier (Viola Rusche and Haukeharder, 2015) and The Reach of Resonance (Steve Elkins, 2010) explore the musical side of all that which wouldn’t appear to have one. 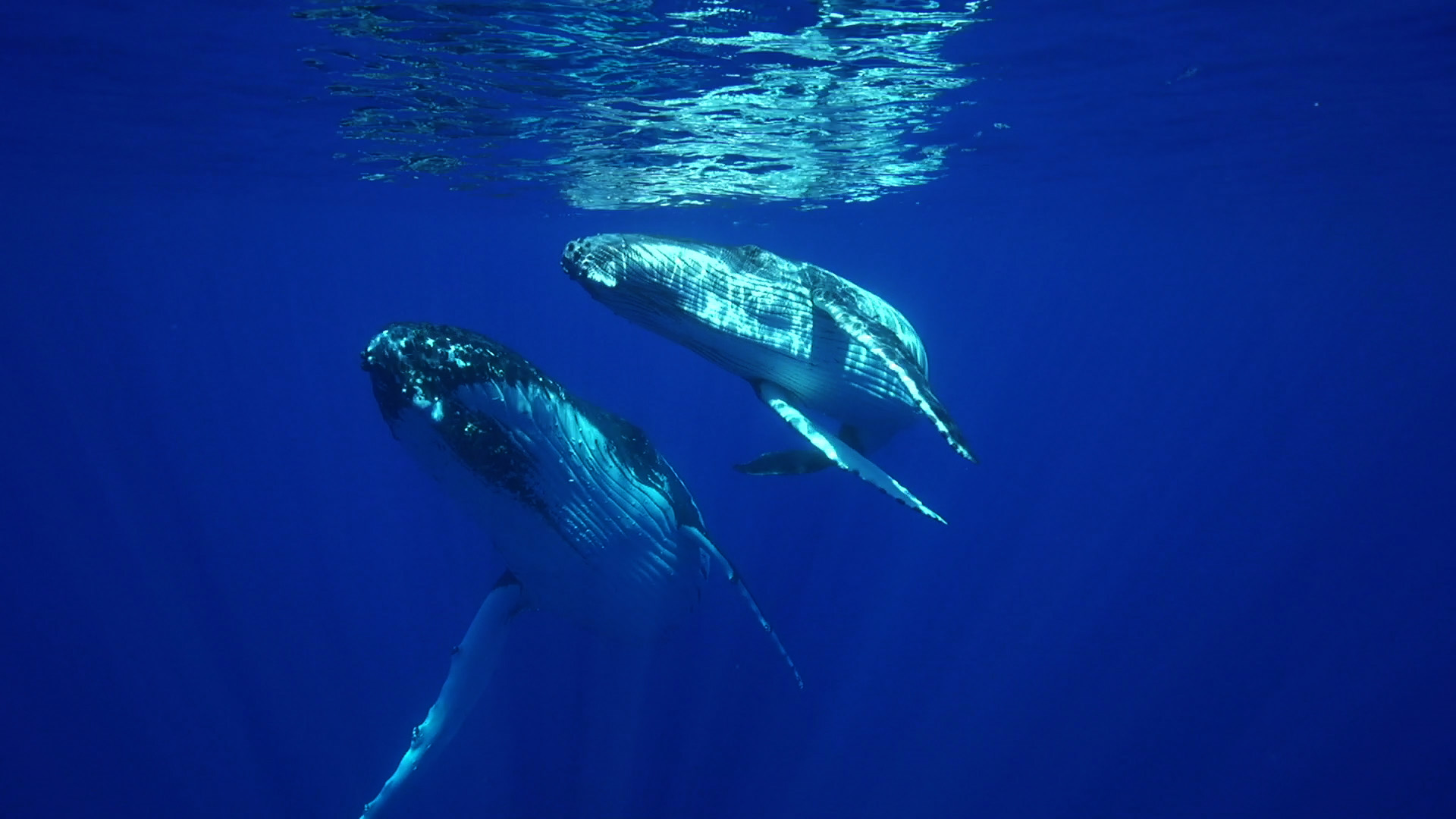 Cetacean cultural transmission: Wales learn songs from each other, changing verses to impress prospective mates. Photogram from “The Origins Of Music”.

The three documentaries that have made their way into the programming this year are wonderful, of course. The first, the overtly scientistic “The Origins of Music” (Shenny Madrigal, Daniel Arvizu and Andrea Spalletti, 2015) is a piece in which ethnomusicologists, zoomusicologists, biomusicologists and lots of other clever people who introduce themselves with long words that end in “musicologist” explain why we need music as a species and how we develop our abilities in or with music.

The second, Melody of noise (Gita Gsell, 2016), is a film that has achieved two invaluable merits: to teach us that all these music-sciency-leisurely experiments are amazing and very entertaining and, especially to prove that the Swiss can be a fun-loving bunch. It also briefly and accurately responds to the question “What is music?” Well, “whatever you decide it is” according to mad smiley doctor Bruno Spoerri (we love that guy!). Practical example: Is popcorn popping in a pan music? Of course it is. Just put an upside down guitar over it (as Stefan Hauss does) and you’ll see.

And the third… and the cherry on the cake, Imagine Waking Up Tomorrow And All Music Has Disappeared (Stefan Schwietert, 2015) is a film that directly re-educates our vision and hearing: un-teaching to unlearn. What would happen if every format and device we have for storing music disappeared from one day to the next? What’s more: what if there were no sheet music or any of the amassed knowledge on how to play and listen to music? Chaos! Anarchy! Armageddon! Barbarism! In reality it’s a lot more tongue in cheek than all that. Not in vain, the great Bill Drummond is behind and at the front of this documentary… Like some kind of conspiracy theorist, the ex The KLF member draws an alternative map (Secret Handshakes! Conspiranoid! Situationist!) of the sounds of the World (or the sounds from around his village which, to his intents and purposes, are much the same thing)… or an absurd blank drawing board on which those who make music and those who listen to music have to start reinventing everything all over again, from scratch. –JOAN PONS