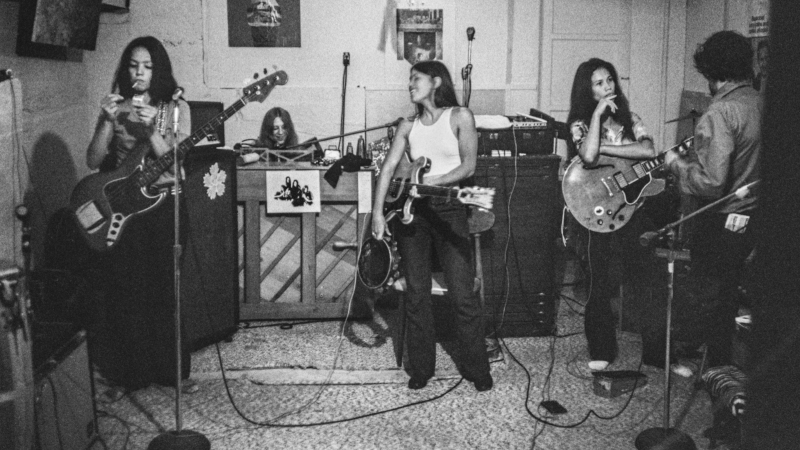 Fanny: The Right to Rock

The fast-paced and unjustly forgotten story of the first group made up exclusively of girls to release an album with a multinational, the hard-rockers Fanny. The band David Bowie always wanted you to know.

In the mid-Sixties, Filipino-American sisters Jean and June Millington got together with another pair of teenagers from Sacramento, California, to play rock, the only way to “be seen and respected.” That garage group would end up signing with Warner, releasing five hard rock and glam albums, living together in LA, touring with Slade and Chicago, and amassing a legion of fans including David Bowie. But their musical footprint and pioneering status seem to have been erased from history… until they decide to meet half a century later. With self-confidence and without mincing words, this documentary reveals their adventurous career and the obstacles that they had to overcome day in and day out: racism and sexism on the street and in the industry (“My son will not date a Filipina”, “Why don’t you dress sexier? “What, are you a lesbian?”, “How does it feel to be a girl and playing an instrument in a rock group?”). All this between curtsies by Cherie Currie (The Runaways), Bonnie Raitt, Kate Pierson (The B52’s), Kathy Valentine (The Go Go’s) and Gail Ann Dorsey (Bowie’s bassist).
Starring: Jean Millington, June Millington, Brie Darling, Alice de Buhr, Nickey Barclay, Patti Quatro.
Photo Credit: Linda Wolf