In 2017, the 100-year anniversary of the birth of Violeta Parra (1917-1967) was a national celebration in Chile, and some of her family members wanted to add their creative stamp to the commemoration. This film explores the working process of her grandson, Ángel, together with his father and sister (Ángel and Javiera) around the most […] The story of one of the last great cultural movements in Brazil: the “Mangue beat”. With the testimonies of its creators and heirs, it reveals how this aesthetic movement, born in Pernambuco in the 1990s, put the margins and cultural manifestations of the metropolitan region of Recife on the map. Uniting music, cinema, visual arts […] 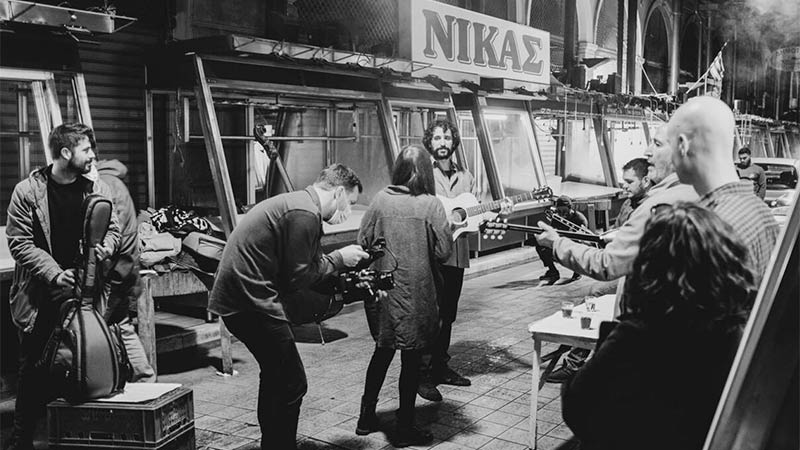 Through the history of the bouzouki, the traditional Greek stringed instrument, the documentary analyzes the cultural and identity evolution of modern Greek society. With a wealth of archival footage from concerts, films and television, as well as interviews with the most important figures of old and new generations of musicians for whom the bouzouki continues […]